I’ve just returned home after a great week down in London for Wizardry in Wood.  Although I hate having to drive in central London it was worth it to catch up with old friends and new at the show at Carpernter’s Hall.  It was also really interesting seeing how everyone uses turning in different ways!

I had made a special set of mills for the Open Themed Competition.  The theme was celebrating the 350th Anniversary of the Great Fire of London.  I’ve always loved the patterns and styles of the black and white Tudor buildings and so I thought it would be fun to make a pair inspired by the Pudding Lane Bakery building where the fire started.  I turned the basic shapes and on the bases marked out a design based on the wattle and daub timber framed shop with its tiny glass paned windows and brick herringbone in-fills.  I then looked into painting and etching of the period for ideas for the flames which I wanted to have on the tops.  I found a great etching from a book about the Great Fire by Samuel Rolle, written in 1667.  I loved the rolling smoke and simple flames in the image and used this as inspiration, and used acrylic modelling paste to create extra texture in the flames and many layers of acrylic paint for the flames.

I was really pleased with the result – so different from my other work and I was very happy to win first prize when there was very stiff competition!  Many thanks to the judges and to both of the Sheriffs of London who purchased sets! 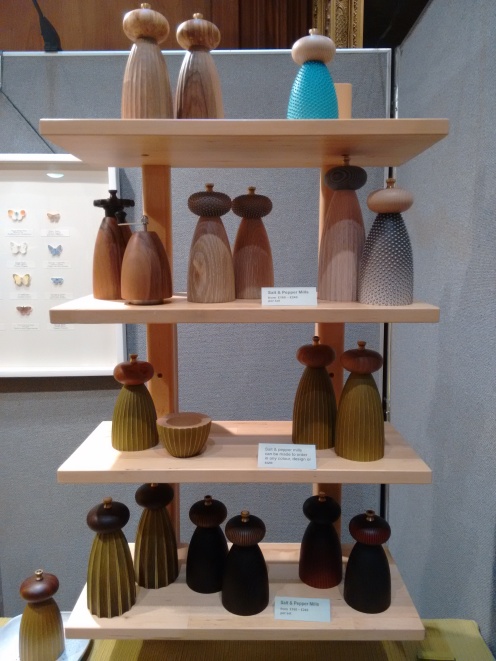 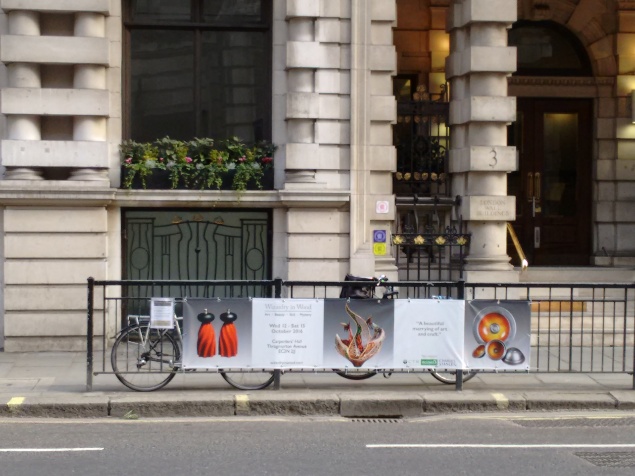 Banner for Wizardry outside Carpenters Hall

Part of the Daniel Collection